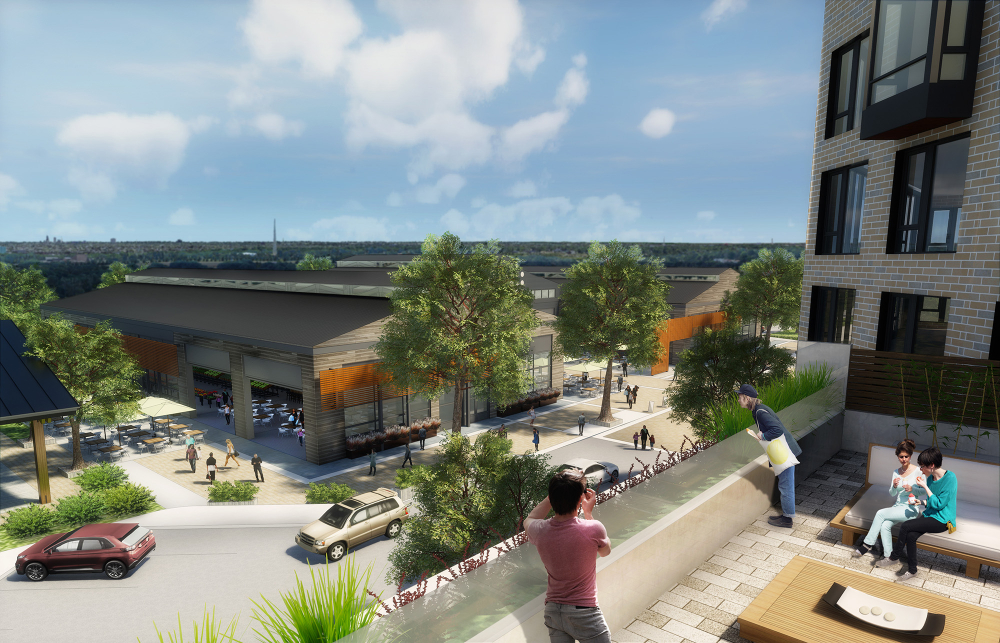 A new live/work neighborhood is about to get under way in Omaha, Neb.

Retail will account for one-quarter of West Farm, and parks, trails, and recreation areas one-third of its total space. The daytime population of West Farm at its completion is projected to exceed 15,000.

To assemble the land for West Farm, its developer Noddle Companies paid $64 million to the historic Boys Town Village and the DeMarco family. Applied Underwriters intends to build its corporate headquarters on the southern part of this development, and Noddle has been soliciting other Omaha-area businesses to lease office or retail space within the neighborhood. (The Omaha World-Herald reports that the Noddle-Applied team began meeting last year with key national retailers they wanted for this project.)

The city has created a sanitary and improvement district as a means to finance the $68 million needed to install streets, sewers, and other infrastructure for West Farm.