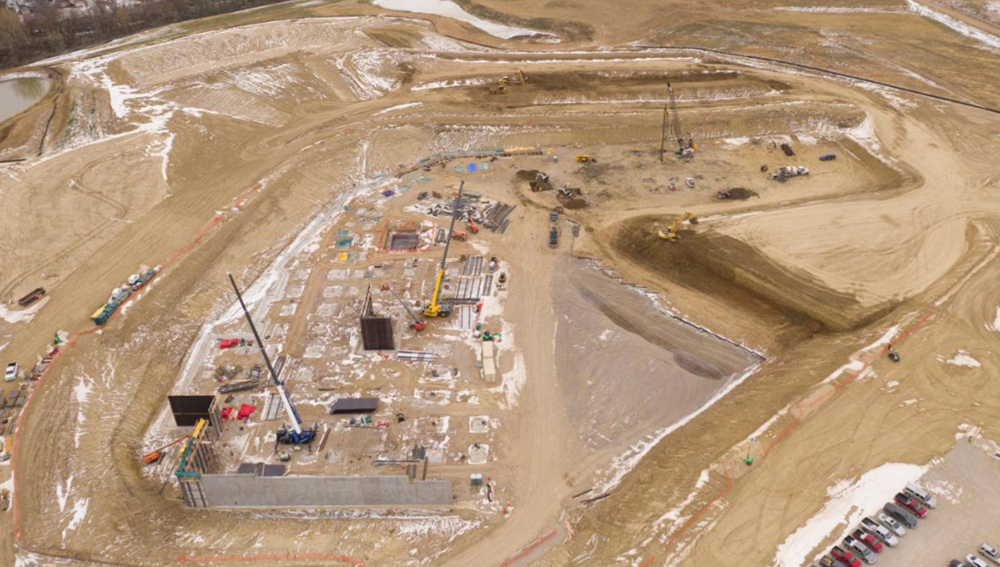 Crews have scooped and hauled out tons of dirt — more than 7 million cubic feet worth — to create the 1,057-space underground parking garage for the new Applied Underwriters complex.

That’s according to Bart Emanuel, director of development and construction for the California-based company that’s building the operations center at the Heartwood Preserve site in west Omaha.

Emanuel said all the dirt has been repurposed for landscaping and other uses around the broader 500-acre Heartwood site near 144th Street and West Dodge Road.

Applied, which is the driver and primary owner of the overall Heartwood grounds, also will be a corporate anchor with its campus that’s to span about 50 acres.

Heavy rains have delayed Applied’s construction, Emanuel said, but the company’s roughly 600 local employees should be moving into their new home sometime in 2022.

The first phase of the Applied operations center is to be about 260,000 square feet, with room for about 900 employees. There will be room to build another wing and double that workforce capacity.

All parking will be underground, and on two levels that each spans about 285,000 square feet, Emanuel said. Steel should start rising out of the ground next year.

Emanuel said CBRE Group has taken over as the brokerage company signing on buyers and residents for office, retail, hotel and apartment space at Heartwood.

Emanuel said Omaha-based Noddle Cos. did an “unbelievable job” pushing a master plan through local city channels. But he said Applied wanted a partner with a more national reach and marketing strategy to sell ground “at a more rapid pace if you will” during the next phases