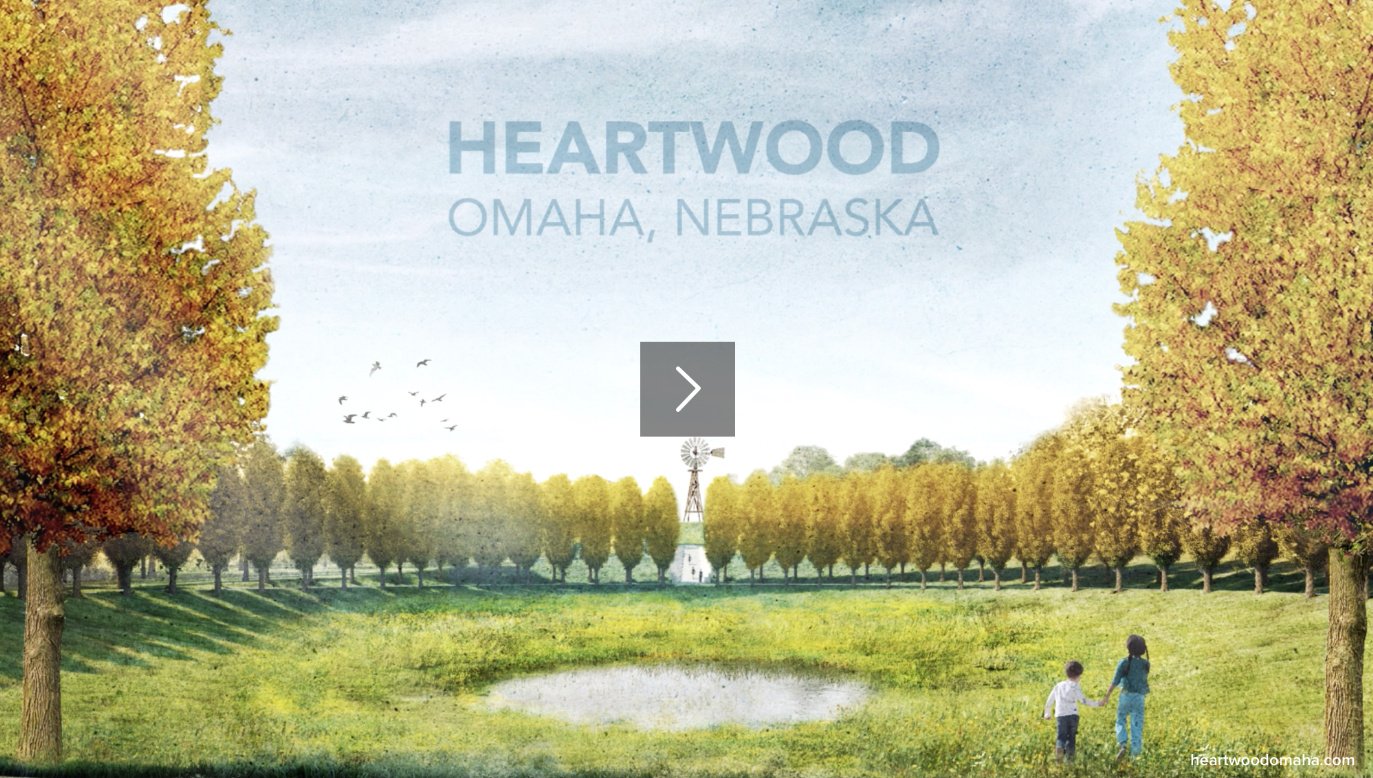 In 2019, a series of unprecedented floods ravaged Eastern Nebraska and the greater Omaha metropolitan area. Estimated damages shuttered, ranged upwards of 1.3 billion dollars: farms were families lost homes. Disastrous flooding is becoming the new normal of a changing climate, a problem exacerbated in this region by sprawling urbanization that increases flood-level peak flows. The Heartwood Greenways and Stormwater Masterplan, which anchors a 500-acre development in Omaha, Nebraska, is designed to help protect adjacent communities and farms by mitigating future extreme weather events.

The greenway system is defined by a series of meticulously crafted water detention basins, both functional and beautiful. The project celebrates the process of capturing rainfall and conceives this network of detention basins as a sculpture park. The project explores an expanded role for the design of climate Infrastructure, wherein these systems are designed to make legible our changing planet while serving to mitigate the disastrous impacts of these changes.